Stop complaining and stop claiming that taking your own reusable bags to the supermarket is a ‘challenge’.

This constant whinging on behalf of a significant number of everyday Aussies has just forced one of Australia’s big two supermarkets, Coles, to backflip on its decision to stop issuing plastic bags. Coles will now give customers these highly-destructive plastic bags to customers who demand them – completely free of charge, just weeks after the same company declared that it would stop giving out bags. 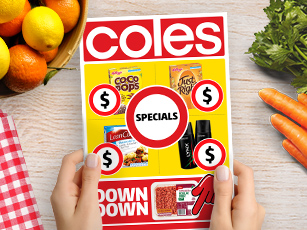 These bags will end up in landfill and/or the ocean and average Aussie citizens will continue to destroy the planet, all because it is too much of a ‘challenge’ to remember to bring their own bags.

This complaining, and the backflip, is symptomatic of a country which is dominated by ignorant loudmouths and has now become accustomed to its baseless complaints being acknowledged and acted upon.

This word ‘challenge’ was constantly used, by Coles and by Aussies, when the ban was publicised and when it first came into effect.

The Coles PR team obviously leapt upon this term with great enthusiasm in a concerted effort to placate existing and future customers. The conveniently inoffensive and euphemistic word reassured lazy, disorganised, ignorant, Aussie whingers who were  lured back to the Coles checkout during the transition.

In that way, Coles continued to make a profit. Profit is why Coles exists. Coles is a business, and it exists to make money. Coles reversed the bag ban because a sufficiently large number of ‘sources of income’ complained about the ban. Many people will attack Coles, but ultimately, Coles is not obliged to remove plastic bags. Common sense and responsible corporate citizenship should force Coles to ‘ban the bag’ – but clearly common sense and responsible corporate citizenship do not make a profit.

Of course, this would not have happened, and this article would not have been written, if the Federal government, under Minister for Environment and Energy, Josh Frydenberg, had implemented a nationwide ban on plastic bags. It hasn’t.

Ironically, an article in the Financial Review in May of this year ran with the headline,

Banning the bag was a change, and it clearly scared someone at Coles.

The responsibility lies with the average Aussie. To stop whinging about having to take a few bags to the shops, and, in turn, to put pressure on Coles, and other companies, to stop enabling destructive, everyday habits which have given Australia one of the largest per capita carbon footprints of any country on earth.