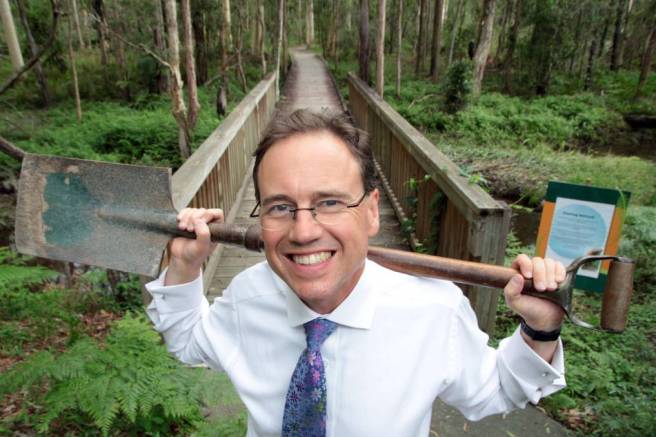 Federal Minster for Health and Sport Greg Hunt has taken the unprecedented step of adding Australian football players to the list of the country’s protected species.

Footballers will be afforded protection alongside species such as native birds, reptiles, amphibians and mammals.

The new legislation ensures that first grade players of Rugby League, Football (Soccer), Rugby Union and Australian Rules are immune from criticism, prosecution, punishment and the basic moral standards that apply to the remainder of the population.

“Our survival as a nation depends on footballers and they must be protected,” proclaimed Mr. Hunt proudly from the steps of Parliament House.

“Admittedly, footballers can behave like pests. They urinate and defecate in public, damage property, harass and harm people and can sometimes even be deadly – but we must remember that in all cases footballers are simply acting upon their natural instincts.”

Under the new legislation, any person found guilty of offences against footballers will face strong and swift punishments of social isolation, social media trolling and the harsh penalty of being declared UnAustralian.

The legislation will take effect immediately and builds on Mr.Hunt’s outstanding achievements as Federal Minister for the Environment. Mr. Hunt oversaw the abolition of a carbon-pricing mechanism, a reduction in Australia’s contribution to the United Nations Environment Program, the abolition of the Climate Commission, the withdrawal of funding to Environmental Defenders Offices, the approval of new coal mines in Queensland and the implementation of the Direct Action policy, which uses taxpayer’s money to pay companies which pollute.

“This flippant and irresponsible satirical award is presented each year to the footballer who commits the most scandalous off-field action. It claims to draw attention to the status of footballers as role models to young Australians and has already launched attacks on defenceless national icons such as Ben Cousins, Julian O’Neill, Todd Carney and Wayne Carey.”

Mr. Hunt outlined some of the details of the new legislation.

“Government funds have been allocated to the construction of the new footballer’s wing at the drug and alcohol rehabilitation centre in Thailand that is so popular with many of our players.

Furthermore, football clubs will be granted special licences to keep, breed and control protected species which may be damaging livelihoods.”

The anticipated success of the legislation may see it expanded to protect athletes from other sports such as Grant Hackett, Shane Warne and Nick Kyrgios.

“This will most likely take the form of an increase in mental health funding for adult fans of Nick Kyrgios.”

One thought on “Greg Hunt Adds Footballers to Australia’s List of Protected Species.”