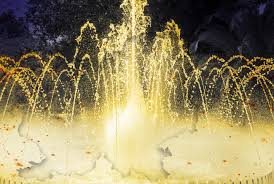 Todd Carney’s amber fountain flowed straight into the mouths of the All Star guest list at the inaugural reunion of Frownlow Medal Hall of Fame nominees and inductees at the The Slug pub in Fulham, England, recently.

Carney joined AFL greats Ben Cousins, who hosted the extravaganza, and Wayne Carey for an evening of family friendly and socially responsible partying.

The Frownlow Medal is awarded to the player whose off-field demeanour epitomises the values of the modern day footballer and draws attention to the status of footballers as role models to young Australians. It covers Australia’s four major football codes; the National Rugby League (NRL), Australian Football League (AFL), the A-League (Football) and Rugby Union’s Super Rugby competition. The first medal was awarded to Sydney Roosters and New Zealand representative Shaun Kenny-Dowall in 2015.

2015 Hall of Fame inductees Cousins and Carey were flown to England especially for the event. Swimming legend and recent Collingwood FC recruit, Grant Hackett, had been slated to join them, but was refused entry onto a flight at Toowoomba Airport, where he was last seen slumped over an inflated wine cask, next to Rugby League legend Andrew Johns.

Invitations to the event carried a special request for shirt sizes from Salford player Robert Lui, who then organised the production of limited edition, custom made ‘wife beater’ singlets for all attendees. The singlets are so rare they will not even be available for purchase during the Wide World of Sports cricket coverage – neither framed nor unframed.

The singlets also enabled Leeds Rhinos hooker James Segeyaro, and his ‘associates’, to carry out their role as security for the evening and to turn away any uninvited guests or undesirable characters from the The Slug. Segeyaro’s ‘associates’ later supplied various special after dinner mints and sherbet to the guests.

The Catalans Dragons playmaker’s fountain flowed freely all night while guests were treated to spectacular entertainment.

North Melbourne great Carey initiated proceedings with beer pong and other assorted drinking games designed specifically for the guests’ ‘plus one’.

Former Canberra Raiders player and Hall of Fame inductee Joel Monaghan, now playing for Castleford Tigers, then dazzled the audience with his troupe of show dogs performing “Pearce My Prodigy”, which has received rave reviews since it opened on the pub and club scene of Northern England.

Leigh Centurions player Reni Maitua enjoyed proceedings, while he and Warrington half back Chris Sandow fulfilled their role of providing transport to and from the venue, including the job of ensuring that Mason went nowhere near a taxi- or a female radio reporter.

Maitua had apparently invited fellow Bra Boys, including Rabbitoh John Sutton, to partake in the festivities, but they refused to leave Maroubra.

The party really took off when three guys slipped through security wearing Melbourne Rebels jerseys. While Segeyaro consulted with his security detail, the Rugby Union players lifted a bottle of vodka and revealed themselves as Kurtley Beale and Danny Cipriani from Wasps and James O’Connor from Toulon.

They were having such a great time that Beale sent a text, with pictures, to Quade Cooper, who joined the party because he had nothing else to do after being left out of the Australian Rugby Sevens team for the Rio Olympics.

Former South Sydney Rabbitoh and current Salford player Luke Burgess was invited, but spent the evening behind bars, constantly pleading to be re-admitted to the ‘Wine Bar’.

The reunion never really finished as all invited guests ended up joining Burgess in his cell.